Share a memory
Obituary & Services
Tribute Wall
Read more about the life story of Richard and share your memory.

Richard (Dick) John Imholte, 83, of Copperas Cove, TX a loving husband, father, uncle, and brother quietly joined the Lord while surrounded by his family on January 10, 2023, in Killeen, Texas.

Dick was born in St. Paul, MN to Ralph and Helen Imholte, on October 24, 1939. He married Alice Ann (Darnell) on January 1, 1999, in Copperas Cove, TX. He lived in Minnesota for most of his childhood years, joined the Army in 1958 and our beloved veteran traveled the world for 20 years and settled down in Copperas Cove in 1976. From 1958-1978, Dick served as a proud Soldier and was a basic training Drill Sergeant from 1966-1968 at Fort Campbell, KY preparing Soldiers for combat in the Vietnam War. In 1968, Dick was deployed to Vietnam as a Tank Platoon Leader earning two bronze stars and two Purple Hearts for his actions. He retired from the Army after 20 years at Fort Hood, TX in 1976. He worked for the Department of Public Works (DPW) for 23 years on Fort Hood and retired in October 2004. Both, as a Soldier and as a civilian, Dick was an exceptional leader who mentored all those around him and made all those he knew better. Dick received a commendation for serving the government for 43 years.

Upon retirement, Dick was an avid sportsman who excelled and competed in bowling, fishing, and golf tournaments throughout Texas. Dick enjoyed serving on the Copperas Cove Golf Course Association (CCGA) along with his Marshal duties on the course. He was passionate about family and could be routinely found laughing with Alice, his children, and grandchildren. Dick was blessed with charisma and a sense of humor second to none. He quickly made many friends and on occasion loved a cold Coors light and a shot of Crown Royal.

Dick is preceded in death by his parents Ralph and Helen Imholte, brothers Ralph and Bill, sister Donna and his son Richard J. Imholte Jr.

To send flowers to the family or plant a tree in memory of Richard John Imholte, please visit our floral store. 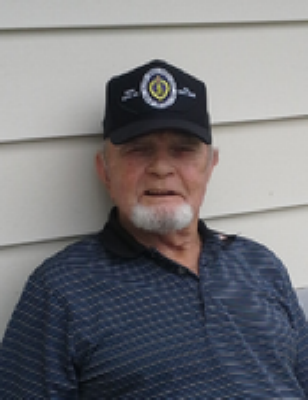 Family and friends are coming together online to create a special keepsake. Every memory left on the online obituary will be automatically included in the book.

You can still show your support by sending flowers directly to the family, or by planting a memorial tree in the memory of Richard John Imholte
SHARE OBITUARY
© 2023 Viss Family Funeral Home. All Rights Reserved. Funeral Home website by CFS & TA | Terms of Use | Privacy Policy | Accessibility